Finding A New Path In A Pandemic: How One Seattle Architect Went From Mansions To Tiny Homes 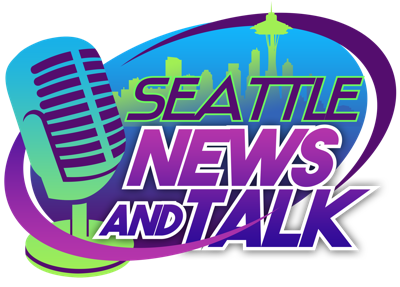 Juliette Dubroca remembers it happened on a Monday morning, near the end of March.

She was called into her office, the same day Gov. Jay Inslee told nonessential workers to stay at home. The architectural firm where Dubroca had spent six months designing multimillion-dollar homes in Seattle had to let her go, she said. Too many employees for such an uncertain time.

She boxed up her things, cleaned out her files and returned home by lunchtime, too nauseated to eat.

“Why don’t you go out and take a walk,” her husband said. “You come back when you feel better.”

Walking along 22nd Avenue in the Central District — Dubroca’s street — she spotted a group of men eating lunch at a new construction site. The work was surprising, she said, because it was the kind of empty lot next to a gas station where people threw their trash.

She walked on to the site looking around, Bradford Gerber remembers. He managed the project for the Low Income Housing Institute, which was part of a new, expedited plan by the city of Seattle to create more temporary housing options for Seattle’s homeless residents at the start of the coronavirus crisis. The goal of the project was to build a tiny house village faster than anything the affordable housing nonprofit had done before, Gerber said, and because of COVID-19, they had to do it with far fewer volunteers.

“Hey, I just got laid off this morning,” Dubroca said to the crew. “What are you guys doing?”

Soon the group was sharing design woes and plumbing issues with Dubroca. They needed to find a solution to a design problem before a plumber arrived the next morning and, luckily, this architect’s schedule had been recently cleared.

On that March morning, COVID-19 took away Dubroca’s work. But by the afternoon, as she ran back home to grab her tape measure and sketch pad, it offered her a new direction.

“I had to do a lot of convincing in my school to talk about low-income housing in a city that’s as precious for architects as Rome is,” she said.

She wanted to pivot the conversation away from the Pantheon and Roman ruins to instead focus on the housing needs of working-class people trying to live and survive in the city.

“It’s always been in the back of my head,” Dubroca said of working in affordable housing. “Now whether I was able to find offices in which I could do this [work] was another matter.”

Before being laid off, Dubroca designed $7-million single-family homes, where the tiniest details were scrutinized. Clients would visit every two weeks to study floor tiles or choose a banister. It was customized work that sometimes still didn’t always turn out right.

At one job, a client didn’t like the way the poured concrete looked, Dubroca said, so they hired a concrete artist “to make the concrete look more like concrete.”

For the project she was roped into on that first day in March, she designed a framing plan to figure out how to make two restrooms fit into a salvaged trailer. By watching Low Income Housing Institute’s carpenters and plumbers, especially lead carpenter Guy Astley, she’s learned a lot about problem solving.

“They don’t necessarily rely on all kinds of drawings from architects. They tend to figure it out in the field, so they are very resourceful people,” Dubroca said.

When Dubroca drew out a framing plan, Astley said he could show her in real time the edits to the plan that he needed to make in order to bring the design to life. “I took her under my wing and partnered up with her,” he said.

Working together at the onset of a pandemic, when there was still so much they didn’t know about the virus, helped form a particularly special bond with the Central District crew of volunteers and the institute’s staff, Gerber said.

“We were working 100 hours a week, seven days a week to try and get these things set up,” Gerber said. “It felt like we were in this particular moment in history together.”

On the day the T.C. Spirit Village officially opened, the pastor Willie Seals of The Christ Spirit Church, which owns the property, came together with a Native American healer, Ray Williams, to bless the land.

The ceremony meant a lot, Gerber said, to the crew who built it and to the largely Native American, Alaskan Native and Black people who would soon get a roof over their head.

While designing multimillion-dollar homes, Dubroca said, clients sometimes questioned her intention — if she was really committed to working for them.

But after living outside, the new residents of T.C. Spirit Village were grateful, Dubroca said, for the work she had done.

Over the last couple months, Dubroca’s relationship with the affordable housing provider has evolved into a new phase.

She’s recently gone into business for herself. Dubroca opened Central Collective, a women-owned architectural practice. The firm is based in Central District and is focused on taking an untraditional approach to architecture, installations, urban planning and design.

“We also hope to make a change and work at different types of scales for different communities,” Dubroca said. “Not just the ones who can afford our services.”

Recently, Central Collective has picked up a new client: the Low Income Housing Institute. As a paid consultant, Central Collective completed the site planning for a new tiny-house village in Tacoma that will be home to 40 tiny houses and 60 residents. Dubroca is also helping to streamline the Low Income Housing Institute’s volunteer labor by creating building road maps — like an Ikea assembly guide — to help explain how to put certain things together.

“The more we lean into design, the more these villages reflect intention and conscientious thought,” Gerber said.

Dubroca has wondered out loud what the world would look like, what Seattle’s homelessness crisis would look like, if every professional in her field dedicated as much time working in affordable housing as they do designing multimillion-dollar buildings and homes.