In an optimistic quarterly earnings call, Royal Caribbean Group executives offered no specific timeline to restart operations but said they are heartened by the dramatic decline in COVID-19 cases, the vaccination roll-out, and increased bookings as evidence of significant pent-up demand.

“Even though it’s late February, I still want to say Happy New Year, because this year will be so much better in so many ways than last year,” Royal Caribbean Group Chairman and CEO Richard Fain said to open the call.

He said it’s been a “very intense” month and a half as the company continues to develop protocols to meet approval with the Centers for Disease Control (CDC), as well as health and governmental authorities around the globe.

Fain said the company has developed more than 2,000 separate protocols designed to make cruising on its ships “safer than a walk down Main Street.” 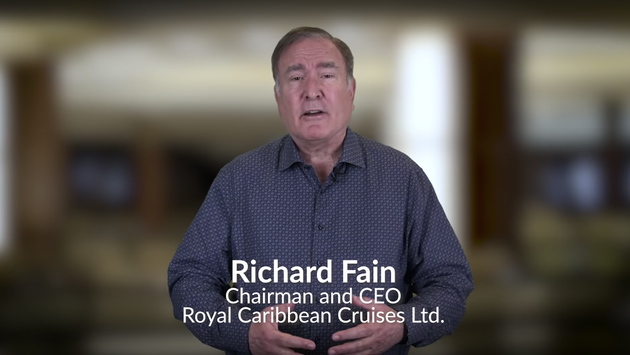 Fain also issued “a shout-out to our loyal and committed travel partners.” The company is trying to help agencies through its $40 million “Pay it Forward” loan program.

For the year 2020, the company reported a net loss of $5.8 billion and an adjusted net loss of $3.9 billion. But the company has returned to limited cruising, with the Quantum of the Seas in Singapore and its joint venture TUI Cruises in the Canary Islands, both of which demonstrate safe cruising, even before vaccinations became available. The rest of the corporation’s fleets have suspended operations “through at least April 30, 2021.”

But people are ready to vacation and sail. “After 11 months of this pandemic, we all know COVID fatigue is real,” Fain said.

However, for 2021, “the timing and trajectory of recovery remains uncertain,” said Jason T. Liberty, executive vice president and CFO.

Since the last Royal Caribbean Group business update, approximately 75 percent of bookings made for 2021 are new and 25 percent are due to the redemption of future cruise credits and the “Lift & Shift” program that lets passengers easily switch their booking to the next year. As of Dec. 31, the company had $1.8 billion in customer deposits, of which half are related to FCCs. Since the suspension of operations on March 13, 2020, approximately 53 percent of guests booked on canceled sailings requested cash refunds.

Cruise Ships Docking in Florida Are Not for Passengers

Crystal To Require Proof of COVID-19 Vaccinations To Cruise

Bookings have risen by about 30 percent in the first two months of this year compared to the last two months in 2020, Liberty said.

“One of the things we’ve seen after the holidays is a proportional increase in the number of guests booking that are 65-plus, and that has continued to increase,” said Michael Bayley, president and CEO of Royal Caribbean International. “I believe the 65-plus are getting vaccinated and obviously becoming more comfortable in booking.”

He also said the company has compiled a list of 250,000 volunteers eager to sail on test cruises that likely will be required before the CDC gives the approval to resume all operations.

In addition, Bayley said a survey sent to 70,000 crew members last week got a 98 percent response and a virtually unanimous desire to return to work on the ships. When the survey asked if the crew would get a COVID-19 vaccine if required, 98 percent said they would.

“Over 4,000 have already been vaccinated at home,” Bayley said.

The executives noted that its Healthy Sail Panel – headed by former FDA commissioner Dr. Scott Gottlieb and former Utah Gov. Mike Leavitt, a former secretary of Health and Human Services – drew up suggested protocols before the vaccine was developed. So, the vaccine now can help accelerate a return to cruising and could figure into the framework.

Bayley said the company is in “regular communication” with the CDC’s maritime units and executive level as they inspect technical specifications along with other authorities.

“They’ve assured us that, as soon as all these things come together, they want to get us back in operation,” Bayley said. “Our level of optimism is increasing.”

When cruising does return, it will be in a phased approach, and also may resume sooner in other parts of the world, such as Australia, China or Europe. “We’re literally in discussions globally,” Bayley said. “The point is there’s a lot of opportunity starting to open up globally.” 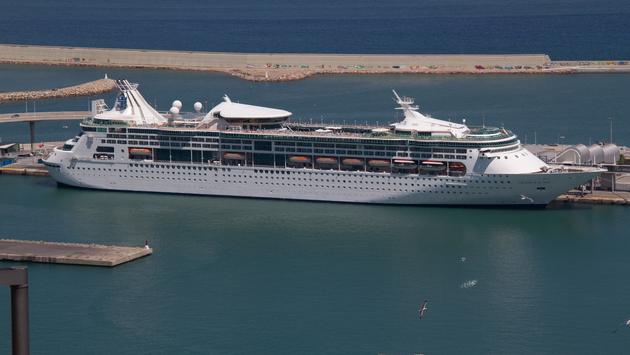 Royal Caribbean International just announced a new Caribbean program for later this year with Grandeur of the Seas operating out of a new homeport, Barbados. The demand so far “exceeded our expectations quite substantially,” he said.

There’s a similar story in Singapore, where Royal Caribbean has carried 35,000 Singaporeans since resuming cruising in early December.

“Customer satisfaction ironically is higher with the protocols than it was before the protocols,” Bayley said. “Revenue exceeded our expectations. Overall, performance has been really quite strong.”

In fact, he said, the company is discussing with Singaporean officials the possibility of increasing onboard capacity from 50 percent to 65 percent over next few weeks.

Bayley said the ship now does virtual lifeboat mustering on guests’ phones or devices. Also, guests are wearing “tracelets” for contact tracing in the event someone does test positive for COVID-19.